You have 4 commands for the CMI Jail Feature:

/cmi jailedit
The main command to manage all of your jails.

/cmi jaillist
This will list all the jails with cell count and how many you have prisoners in each jail. Which can be clicked to get more detailed information.

/cmi unjail [playerName]
The last and not least, will unjail player.

Before we start with jail creation we have to check out the config.yml file.

Set config settings to your own liking and your own needs. For example, default jail time could be something we would want to change depending on your server type. By default it’s only 5 minutes.

Chat range can be useful in case you want to prevent jailed players from spamming chat, as what else would they be doing. So you can limit that to a particular range in blocks to allow them to talk but only to nearby players, maybe with someone who is already in jail

By default, jail time will not go down if the player logs out. This will help out to force players to sit down the entire time they have been jailed and not simply log out and return when time runs out.

Preventing the player from going AFK can help out too in case the player simply leaves the account logged in while he is doing other things, like homework (Yes, that can happen…)

In case you will want to still allow some basic commands for jailed players you can define them in the white list.

First of all, get some basic jail set up. Something like: 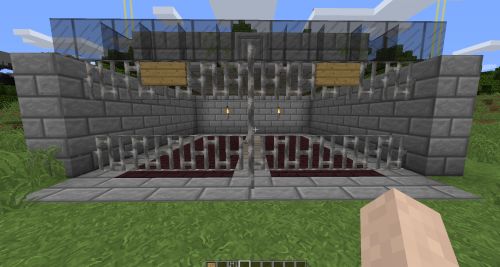 No need to be fancy here.

Next, let’s use the CMI selection tool (the default is a wooden shovel) and select an area. Your selection will be marked with particle effects. 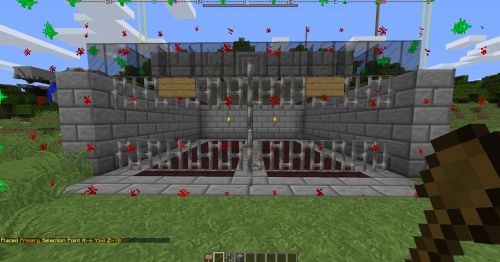 After this, you will get the list of existing jails and you should see your newly created one like:

And now for the easy part (yes, that one was the hardest part, who knows how to build jails anyways…) click in chat on your new and awesome jail to create new cells. For newly created jail you will only see [+] sign. So go to the first cell and press that [+] button. you will get the list of existing cells which should include your new one, like:

Repeat this step as many times as you want. There is no limit to how many cells you can have. But in general, they should be separate from each other, not limited by that, but the general rule of thumb. After all, we don’t want inmates to plan an escape!

At this point, you have working in jail. Though, small inconveniences can be noticed. Players who survived throw 5 min jail time will remain in jail, even tho they are no longer officially jailed, but someone forgot to give out a memo or something. So let us get rid of players who are no longer jailed, so lets set outside the teleport location. As you can see 2 pictures back, there is a grey out [tp] button. Let’s travel to a location outside the jail and simply click it. You will get a confirmation message like “Set new outside location” Fancy! After that, you can change this location to whatever you want.

So now you are done. You have a jail with cells and an outside location where players will go after they got released.

Jailed players will get a bossbar message showing how long they are jailed. So that’s fancy too!

In case you want to show to others who are jailed here and for how long then you have 2 options: Use dynamic signs or use holograms.

So let’s set signs. Place a sign, location doesn’t matter. And let’s create new dynamic sign with /cmi dsign new after this you will get something like:

I know, it’s not so fancy, but it does what it should.

This will show jailed time, who is jailed, and for what reason, if the reason was defined while jailing the player.  So end setup should look like:

You can open dynamic sign GUI (Open GUI) and lower down default refresh rate if you want it to be faster, but in general, for jail cells default time is fine.

Does it look familiar? Yes, indeed it does. So let’s add lines

This will add jailed players’ information in the same way as it was added for dynamic signs. Keep in mind that the default hologram update interval can be not enough to have smooth updates, so open GUI (open settings GUI) and set the update interval to something like 1 second. 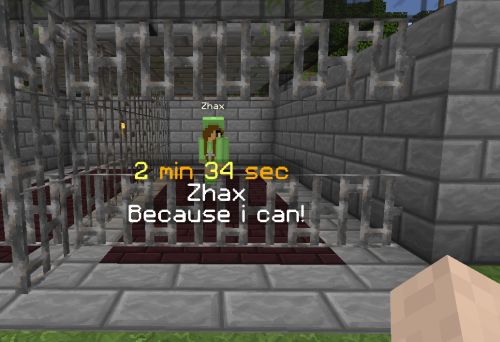